My random comic picks on The Comic Conspiracy: Episode 58 were in response to @mrawdon's tweet "Best comic or graphic novel you've read published in the last year by someone other than DC, Marvel or Image?"
Here they are in alphabetical order. 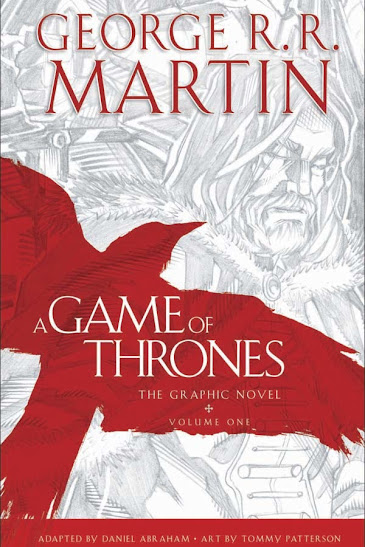 First off I have been enjoying the Dynamite comic book adaptation of A Game of Thrones by George R.R. Martin, Daniel Abraham with art from Tommy Patterson. Even though I recently read the novel, and watched the HBO series I am really excited to get a little dose of A Song of Ice and Fire on my pull list every month.
I would highly recommend this title to anyone who wanted to read a good cross media adaptation. Game of Thrones the comic book is another take on the world Martin created, and it does not disappoint.
If you have no clue as to what I am talking about with Game of Thrones then you need to come out from under a rock. This is an epic story that doesn't place nice and will leave you wanting more. 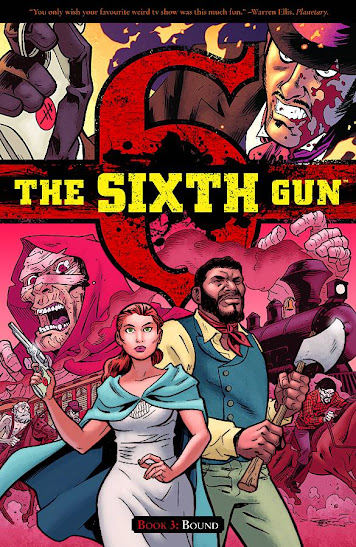 Sixth Gun keeps coming up as one of my picks, and for good reason; it is an amazing comic from Oni Press by Cullen Bunn with art by Brian Hurtt.
If you are still searching for something that isn't DC, Marvel or Image then you should really get to checking out Sixth Gun. It is a good old Americana story filled with supernatural things, Civil War ties, secret societies, and a rich sense of history.
When the last graphic novel came out I blew through it so fast and it was because it was a quick read, but because it is such a great title that I couldn't put it down. Check out Sixth Gun people you won't be disappointed.

Check these books out. They are worth it.