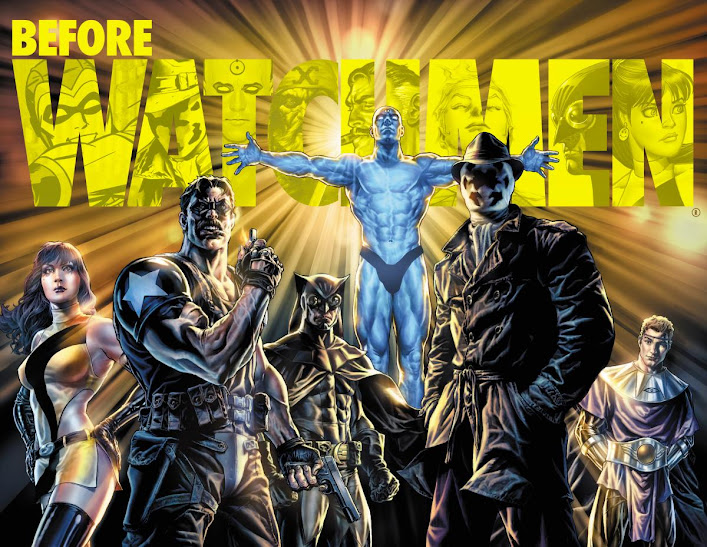 Dan Didio spoke with The Guardian in defense of the Before Watchmen titles. I would like to translate some of what Didio said:

"We're not going to shy away from the controversy on this – as a matter of fact we're embracing it because we have belief in the strength of the product and stand behind it."

What Didio is really saying here is even bad publicity can make you some money and DC Comics is going to run with the bad PR because Before Watchmen will make a shit load of money.

"Honestly, it dates back to when we started the 'New 52' line of books and relaunched the entire DC universe. The industry we saw was fading, for several reasons, whether the strength of the product or the fact there's been so many other distractions taking people away from buying comics. We saw our sales not just in DC but across the industry starting to flag a bit and we knew we had to do something about it, take some dramatic steps in order to reinvigorate our fan base and get people excited about comics again."

If you read all of the last quote I apologize. Didio is basically saying that DC Comics didn't make enough money, and that they needed to do something to increase the profits. So, get people interested in comics; meaning get people to spend money so the profits go up and some suit can get a new house or boat.

"Once we reintroduced our line it gave us the strength to say we should look at other things that we knew would excite the fans. When you have a product like Watchmen that is as worldwide known as it is, and the fact there are millions of copies in print, we wouldn't be doing our jobs if we didn't go out and say, 'is there other ways we can grow new material from this?' We went out and reached the original creators and they had passed, but we still believed this was the right choice to make. And in doing so we went out with the strongest creators possible, so while you may question the decision you can't question the quality of the product and the quality of the people behind the product."

Translation: Growing "New Material" basically means exploit content to make money, and when you say quality product from quality creators that means we know you will throw your money at a name. 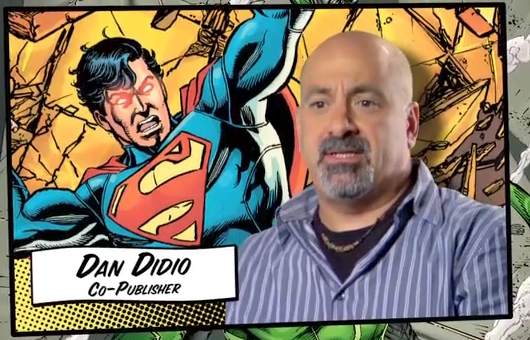 This next quote is in response to Alan Moore's comments about Before Watchmen to the New York Times, "as a kind of eager confirmation that [DC] are still apparently dependent on ideas that I had 25 years ago", and "completely shameless".

"Honestly I can understand why he might feel the way he does because this is a personal project to him. He has such a long and illustrious career and he's been able to stand behind the body of work he's created. But quite honestly the idea of something shameless is a little silly, primarily because I let the material speak for itself and the quality of the material speak for itself."

Alan you are being silly, and we love it because it adds to the bad PR!

Expectations of Before Watchmen, "hopefully inspire other creators along the way. In the way he was inspired by the creators when he was younger, we're hoping these ideas and these books are inspiring new people, so that we continue to grow the comics business as a whole."

We hope that Before Watchmen brings in a shit load of money that will allow my bank account to grow.

The Guardian reporter Alison Flood then asked if there would be more Watchmen titles after this. To that Didio responded with, "At this point the audience will decide that."

If it makes enough money then hell yeah! I hope this has been helpful in understanding the corporate speak that Dan Didio is slopping out to justify Before Watchmen. If it sells well (and it will) you will see more from the World of Watchmen, and the quality that Didio repeatedly insists is there will fade too nothing. Watchmen is well on its way to becoming an even bigger money making machine; that will keep profits up, creators down, and you, the fan, entertained in the dark.