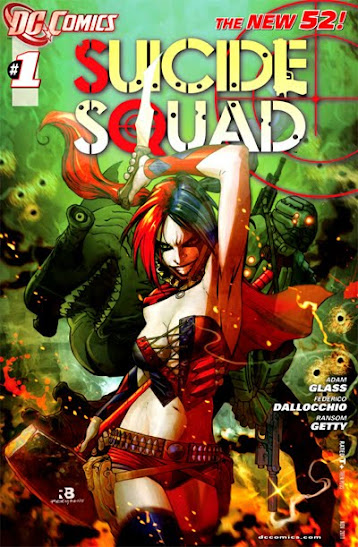 My random comic pick on The Comic Conspiracy: Episode 55 is DC comics rejiggered series Suicide Squad written by Adam Glass with art by Federico Dallocchio. This book is amazing and I can't recommend it high enough. Suicide Squad is a violent and aggressive journey that keeps you wanting more every issue.
The premise is simple: meta-human criminals have a chance to reduce their prison sentences by going on suicide missions for the government. If you aren't intrigued then you might want to skip this one, but if you are foaming at the mouth to learn more about the Suicide Squad then you need to snatch up this book.
Each issue of this series has been an intense, action packed thrill ride that keeps delivering an entertaining comic that is well worth the $2.99 price point. The fist story arc or so will be collected in the trade titled Kicked in the Teeth, which will be available in early July. 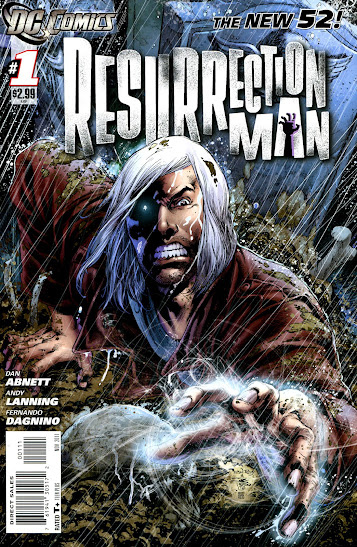 The current story arc in Suicide Squad is crossing over with Resurrection Man, which is another great title, written by Dan Abnett and Andy Lanning with art by Fernando Dagnino, that you should be checking out. How can you go wrong with a super powered guy who when he dies he gets a new and different super power? You can't.
This series is a blast to read for many reasons, but the big one is the fact that at any moment Mitch Shelley (aka Resurrection Man) can die, and all you can do is wait and see what power he will have next. So much potential within these pages that one can only wonder why the original series was canceled, but like Resurrection Man himself this book found away to come back to life. The fist story arc or so will be collected in the trade titled Dead Again, which will be available in early September. 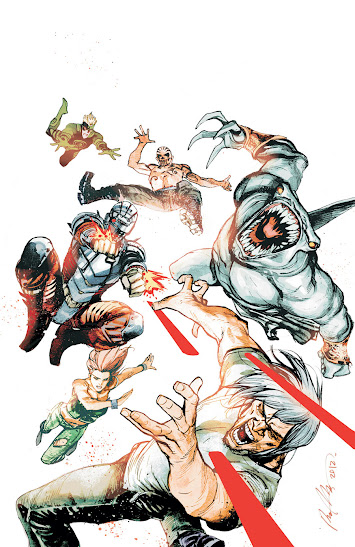 So, if you are at all interested in reading some great comics I would highly suggest snatching up both of these titles in either single issues which you can procure from your local comic book shop or you can download the digital versions at our Comics Conspiracy Digital Store both of these titles. They are just great comics, and I would love to see them continue tho thrive in this "New 52" world DC has given us. If you do snatch these up then you will enjoy them, and with the cross over you will get a double dose of both in one title, which how can you say no to that? Now get out there and read both of these books. Your mental stability doesn't depend on it, but I could make you think that it could.


Remember you can now find this title and more in digital format at our Comics Conspiracy - Comixology Storefront or you can order comics from us directly by visiting the shop, giving us a call (408) 245-6275, or dropping Ryan an email at ryan@comicsconspiracy.biz.