I Occupied for a moment... 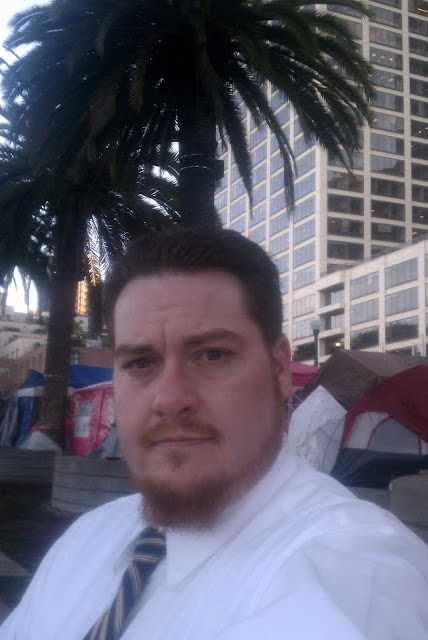 I was in San Francisco today so I decided to go down and check out the Occupy SF encampment at Justin Herman Plaza. It was an experience to see it with my own eyes and I must say that it looked like a well organized encampment. The encampment wasn't really that dirty as the city of SF claims it to be (they yell safety and sanitation and an increase in crime so that there will be an excuse to evict them).
In fact the encampment looks as dirty as the rest of SF as far as grime is concerned. Maybe the City of SF should be evicted until they can clean up the city?
Being down there was something I have wanted to do for some time and I'm glad I got the chance to check it out. There is a movement spreading and I hope it brings about some much needed change.