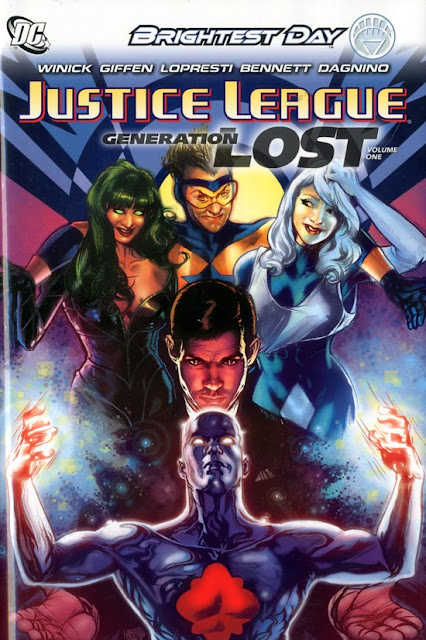 My random comic pick on The Comic Conspiracy: Episode 42 is Justice League: Generation Lost by Judd Winick with art by Aaron Lopresti, Joe Bennett and others. In the aftermath of Blackest Night Maxwell Lord has returned from the dead and he has used his powers to mind wipe the world from remembering he eve existed. The only ones not affected by this are the members of the Justice League International. Lead by Booster Gold they must stop Maxwell Lord from succeeding in his plans whatever they are. You'll have to read it to find out.
Justice League: Generation Lost was a twenty-four issue series that has been collected into two hard cover trades. From what I understood the series wasn't going to get the softcover treatment, but according to DC's website the soft cover of Vol. 1 is due to come out February 1st, 2012, so we will have to wait and see.