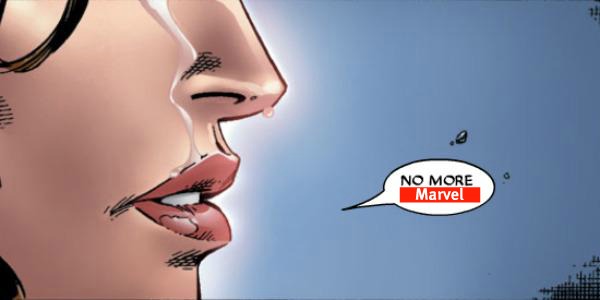 What would it take for you to read and actually buy Marvel books again?

I asked Ryan Higgins this question and his answer was brutally honest and very true. He said, "It would take a lot for me to actually buy Marvel books again. Like Grant Morrison, Geoff Johns, Jim Lee, and other creators I love would have to move over to Marvel for me to even really start picking up Marvel books."
I've been having that same feeling for a few years now. The Marvel books I actually buy and take home for my collection have dwindled down to nothing, and part of me feels bad for this, but then the rational part of me remembers that Marvel books haven't been worth spending money on and then I don't feel so bad.
But why am I cutting Marvel titles from my pull list at such a aggressive rate? Higgins had said that part of his reasoning for taking a book home was a combination of writer, enjoyment of character and art, and if 75% of these things weren't met then it wasn't worth it to him to take something home.
Of course certain things weighed heavier than others, but the example he gave was the current Nova series that is set to come out. He likes Nova, he doesn't care for the writer, the Marvel Point.1 Nova story was shit, and he really likes Nova; so he will at least read it, but take it home, no chance unless it blows him away.
I would have to agree with his thought process, but for me Marvel books have been such a disappointment over the past few years that I would have to add the fact that the book needed to be worth the money I spent on it. If it was a $2.99 book I better get $2.99 worth of pages and if it is $3.99 then I better get $3.99 worth of pages, but over the years it seems Marvel's price per page count has gone up and doesn't seem to be going down.
Marvel is banking on people loving the characters so much that they will buy anything with that character in it; i.e. Spider-man or Wolverine have numerous titles under their belts and then appearing in other titles on a frequent basis. I'm past this. I want quality writing, art work and a quality character when it comes to my comic book reading. Marvel, for me, has not delivered these goods in a long time, and my current and future pull lists (stuff I take home) will reflect this unless a lot changes.