Got To Get IL, ID, OR, CA And Of Course The Regualr One Too

Justice League of America #1 by Geoff Johns with art from David Finch is going to be released with 52 variant covers. One for each state, and also one for Puerto Rico and one for Washington D.C. Now as of late variant covers have come under fire because they inflate numbers on books, have ridiculous incentives or they are exclusive to some close door retailers club. And as soon as it was announced that DC was going to have Justice League of America ship with 52 variants the internet blew up with people calling this a huge gimmick and something that could destroy the comic book market.
First off it is a gimmick, but it is a gimmick that works not only with the title of the book "Justice League of America", but also with the current theme behind DC's comics, "The New 52." So, why wouldn't you include the fifty states, D.C. and Puerto Rico to fit in with these two things? DC has a solid marketing plan with this, but people still screamed that it was too much and it was going to inflate the numbers and destroy the comic book stores.
You don't have to worry about your local comic book store going out of business from the variants on this issue. Stores don't have to order a certain number of the regular cover to be able to order the state variants. Each state variant has its own line order number and can be ordered in any quantity. For example, a comic book store in Boise, ID can order all ID covers and none of the regular cover if they want. A shop in Small Town, MN can order a couple of each state variant, on top of however many regular covers they want. So, retailers are free to order as they please to fit their shop tastes.
And it seems like there will be a way for shops to order sets of the state variants, and they don't have to hit a certain number to be able to order the sets either. Variant collectors can rest easy knowing they don't have to shell out money for 150 regular copies and then the cost of the 1:150 variant. They just need to let their local shop know what they want so it can be pre-ordered.
This is the best way to do a lot of variants on one book. Give retailers the ability to choose how many, if any at all, and give the customers the chance to say hey I want this cover and that one, which the retailer can actually obtain easily with out breaking the bank.
I need to track down a map of the US and start making a pre-order form for our shop. I know I'm going to be getting the Illinois, Indiana, Oregon and California variants, which ones are you getting? 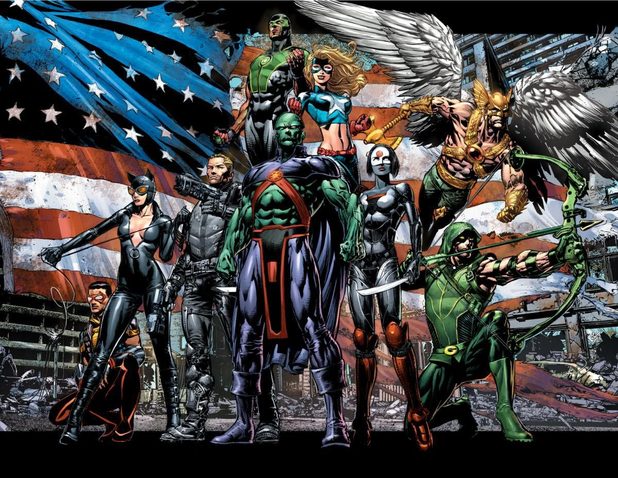