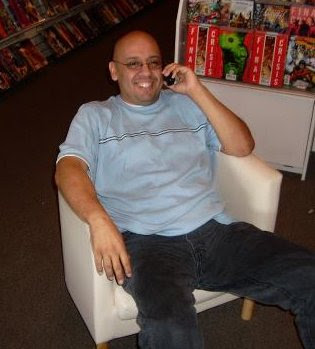 "To thine own self be true, and it must follow, as the night, the day thou can then be false to no man...or something like that."

Sometime between Friday night and Saturday morning a co-worker, great friend, and amazing man passed away. His name was Sam.
I met Sam about four years ago when I started working at Comics Conspiracy. Sam was our Thursday guy. He knew so much about comics, Magic the Gathering, football, and the opposite sex. We became fast friends. A little over a year ago Sam's health took a turn for the worse, and I was the one who stepped in as the Thursday guy. I did a good job, but I could never replace Sam.
I last saw Sam a little over a month ago when he stopped by the shop to say hi. He was in good spirits and he was happy to be at the shop. He said he wanted to come in a few weeks to be on The Comic Conspiracy podcast, but he was unable to make it. He was on one episode of the podcast, Episode 53. It was a fun episode to record and I will always have fond memories of that episode. 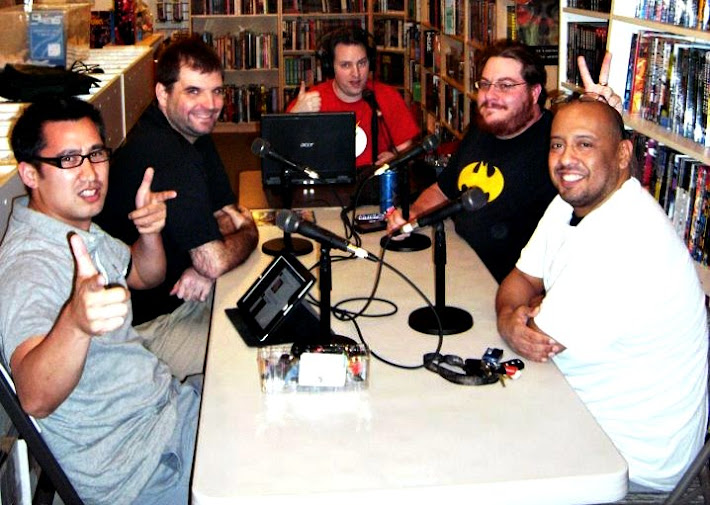 (The Comic Conspiracy: Episode 53 cast Left to Right:Omar, Charlie, Ryan, Brock, and Sam)
Sam was a clown, a writer, a poet, a comic book nut, a listener, and most of all Sam was someone who could make you laugh. Serious when he needed to be and creepy when everyone was looking Sam made life seem less of a burden when he smiled.
I will miss Sam. The conversations, the jokes, and most of all I will miss Sam because he was a man I respected. I never heard his whole story, but I heard enough to know that Sam touched the lives of a lot of people, and he will be remembered. Rest in Peace Sam you deserve it.

If you would like to donate through PayPal in Remembrance of Roblue (Sam's pen name) please click here.