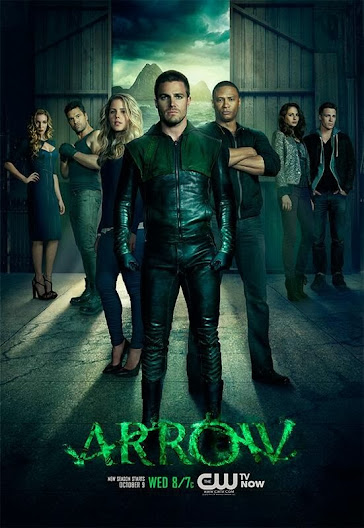 Arrow came back last night, and there was action, story, Olie porn, character development, some sexy females, more action, guns, blood, bruises, and a huge tease at the end. This prime time TV show has moved my must watch live TV to Wednesday nights.
I caught up with Arrow: Season 1 just after the season finale. At first this show wasn't catching my attention. It felt like it was trying to be Smallville during the bad seasons in the middle (4-6), but Arrow did a great job of telling two stories at once, and building a show filled with solid story, cameos, interesting characters, and a good dose of action.
So, now that the new season is here with all of the great things from season 1, more development, and maybe a name change from "The Hood" to "Green Arrow", Wednesday nights will be filled with arrows in my future. This show is a great example of quality rime time TV, and as long as it shoots true then this show will definitely beat out Agents of Shield on my must watch list.
I wanted to point out that even though they hinted at the "Green Arrow" name change in the trailer for season 2; the execution of it at the end of the premiere felt fresh and still a worked as a huge tease.