Over the weekend I saw the picture below, and all I wanted was for the nightmare to end. I didn't wake up though, and then I hoped it was just a joke or completely fake. After reading around on the internet I came to the realization that this was most likely fake or attached to something that was going to be a joke in the long run. I was elated that this wasn't true. 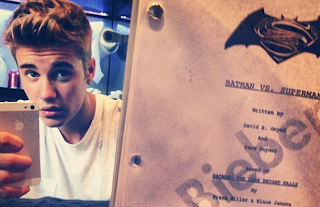 What is truly sad about this whole thing is that Ryan Higgins would still defend Batman VS. Superman even with Justin Bieber attached.