*Update - 10/1/13: Did you enjoy reading the Comic Conspiracy Comic Book Club selection JLA: Earth 2? Thirteen people voted, and the results are as follows: 11 Yes Vote, 1 No Vote, and 1 Vote for Indifferent. Thanks for voting. 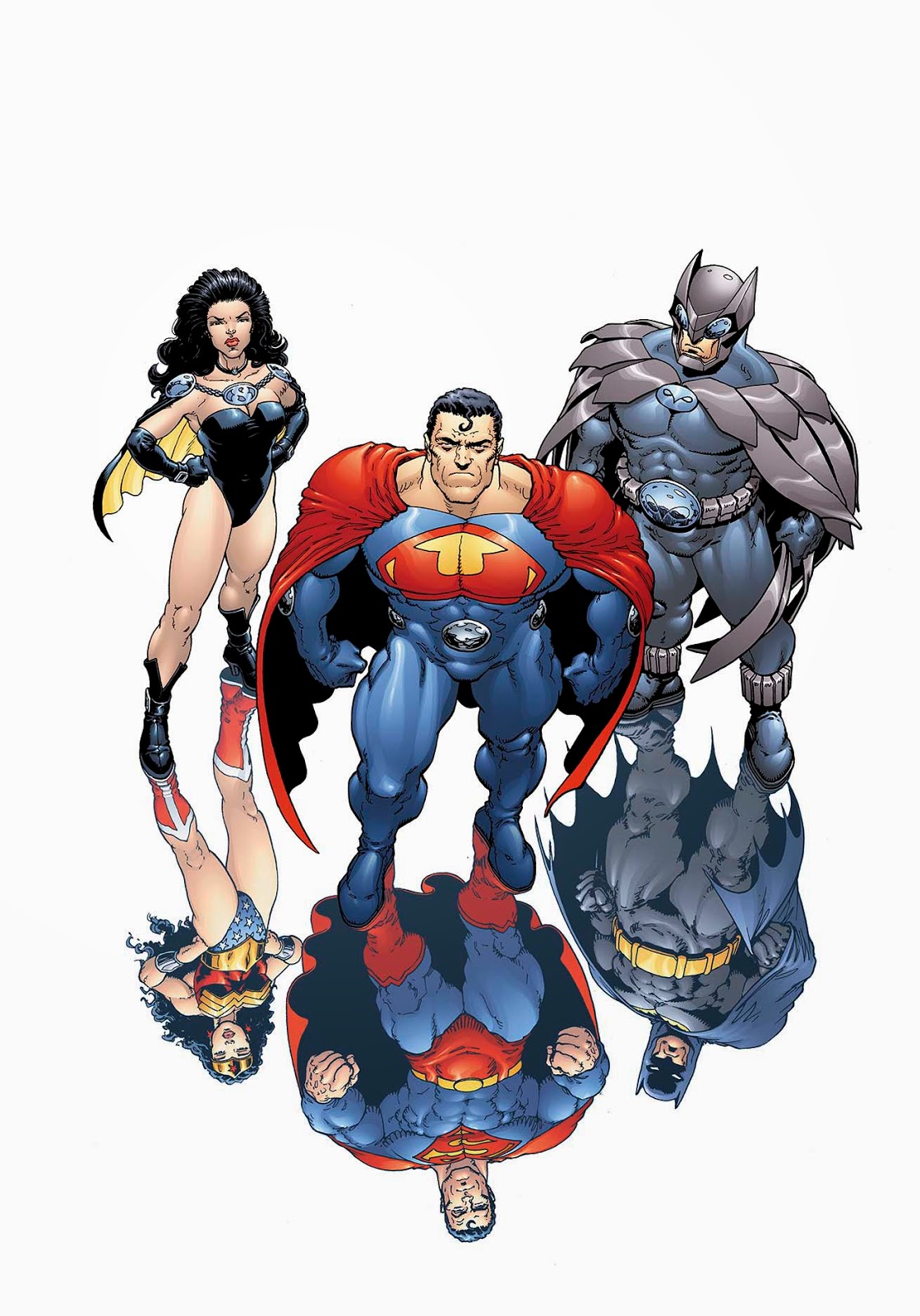 "Ultraman, Owlman, Power Ring, and Johnny Quick rule the world without mercy or opposition. But their own personal utopia is threatened by the sudden arrival of appearance of Superman, Batman and the others in the Justice League. Realties clash as the Justice League travels to an alternate reality to face off against distorted mirror images of themselves." - DC Comics.com

I read this title back in March and really enjoyed it. If you have been following Trinity War you know that the Crime Syndicate has just made their first New 52 appearance . So, this is a good story to check out going into Villain's Month from DC.

One of the things that I love about DC is the fact that they have embraced the concept of alternate realities. Morrison does a fantastic job of taking the Justice League and having them face off against evil versions of themselves. I hope you listeners out there pick it up and give it a try.

We will discuss this title at length on Episode 126 of the Comic Conspiracy.