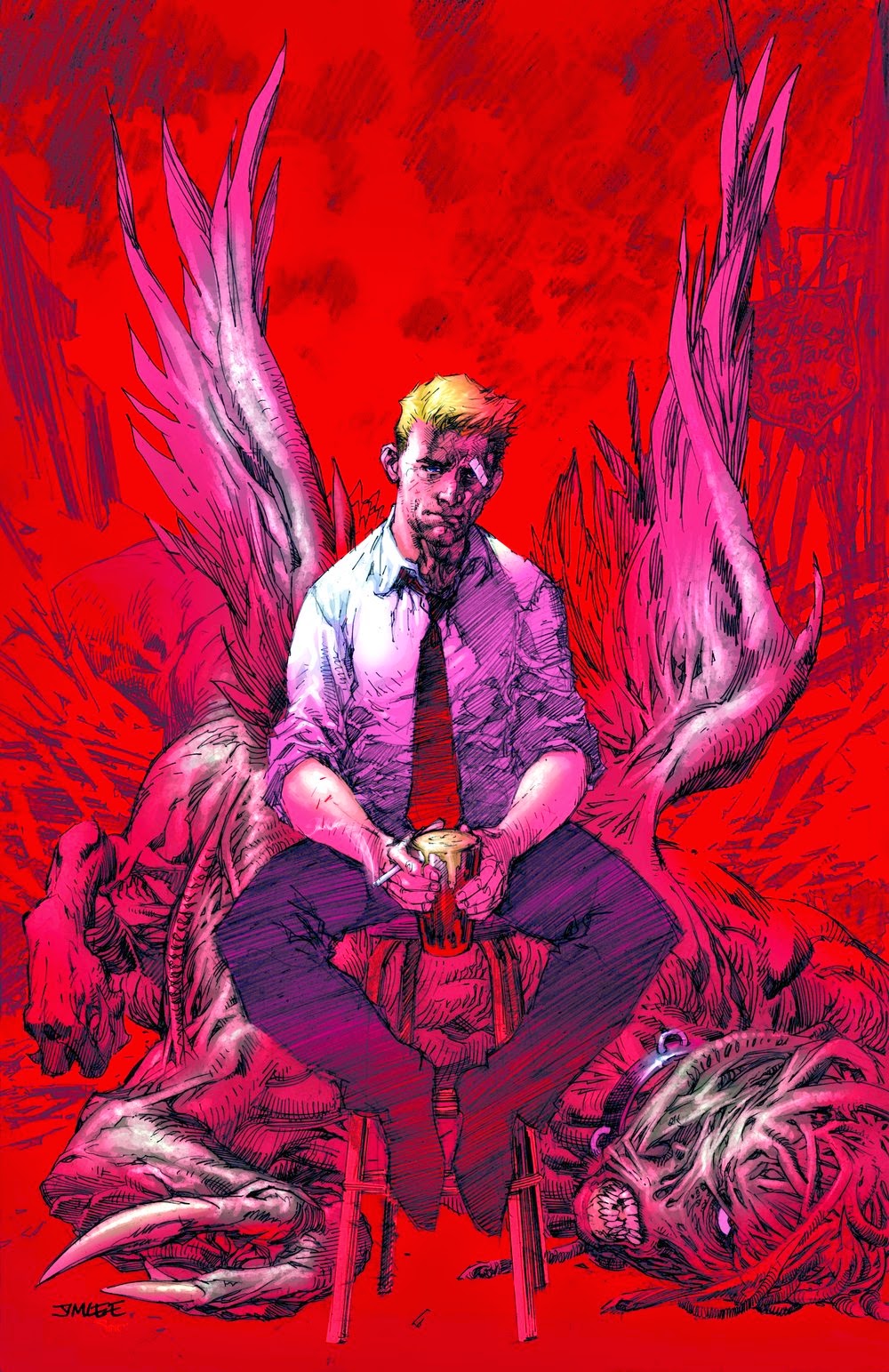 "Following in the vivid footsteps of Swamp Thing and Sandman, here is an occult thriller that teeters between our world and the next, during one man's non-stop adventure. Bedraggled medium and exorcist John Constantine prowls the outskirts of society in search of inner peace, only to find himself the lone defender of our world from the forces of evil."

Ryan's selection for this month's Comic Conspiracy Comic Book Club is Hellblazer (Vol. 1): Original Sins by Jaime Delano with art from John Ridgway and Alfredo Alcala. If you have read any of Alan Moore's Swamp Thing, Garth Ennis's Preacher, or Neil Gaiman's Sandman then Hellblazer is a comic you should check out.
John Constantine is a con man with magical abilities, and the attitude of an asshole. He smokes excessively, shags constantly, and doesn't shy away from a pint or mind altering substance. Constantine would never be on a top ten heroes list, but he is the unlikely savior of the world from some seriously evil forces.
I read this title for the first time a few years ago, right after they started to reissue the trades with volume numbers, and I have been enjoying the ride ever since. I can't wait to revisit this volume, especially since the TV show Constantine is coming this fall to NBC.
So, get yourself a copy of Hellblazer (Vol. 1): Original Sins, and see for yourself that a savior can come in a trench coat drenched in the smell of cigarettes, booze, and magic.


We will discuss this title at length on the episode of The Comic Conspiracy that we will record on June 30, 2014.