*Update - 6/2/14: Did you enjoy The Comic Conspiracy Book Club Selection University2: The Angry Years? No One Voted 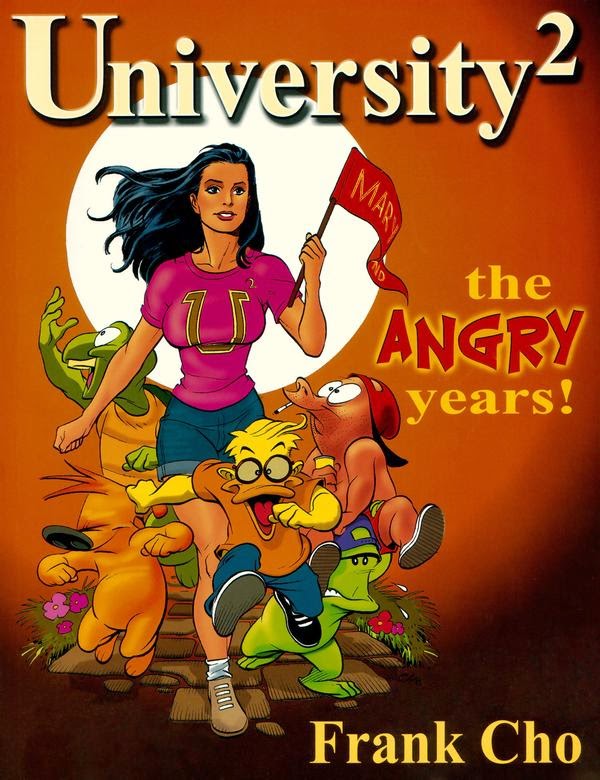 Toby's selection for this month's Comic Conspiracy Comic Book Club is University2: The Angry Years from Frank Cho.Toby continues his creator driven book club selections with this title, but at least with this one there is going to be some reading involved. I personally haven't read a comic strip title in years. I believe the last one I read was some Calvin and Hobbes collection, which reminds me I need to look something up. Anyway, you should check this out, because it is Frank cho's amazing art, and from what I have heard so far about the title it is funny.


We will discuss this title at length on Episode 156 of the Comic Conspiracy, which we will record on April 28, 2014.