*Update - 4/19/14: Did you enjoy The Comic Conspiracy Book Club Selection X-Men: The Dark Phoenix Saga? Five people voted on this poll. Here are the results: 3 Yes Votes, 0 No Votes, and 2 Votes for Indifferent. Thanks for voting. 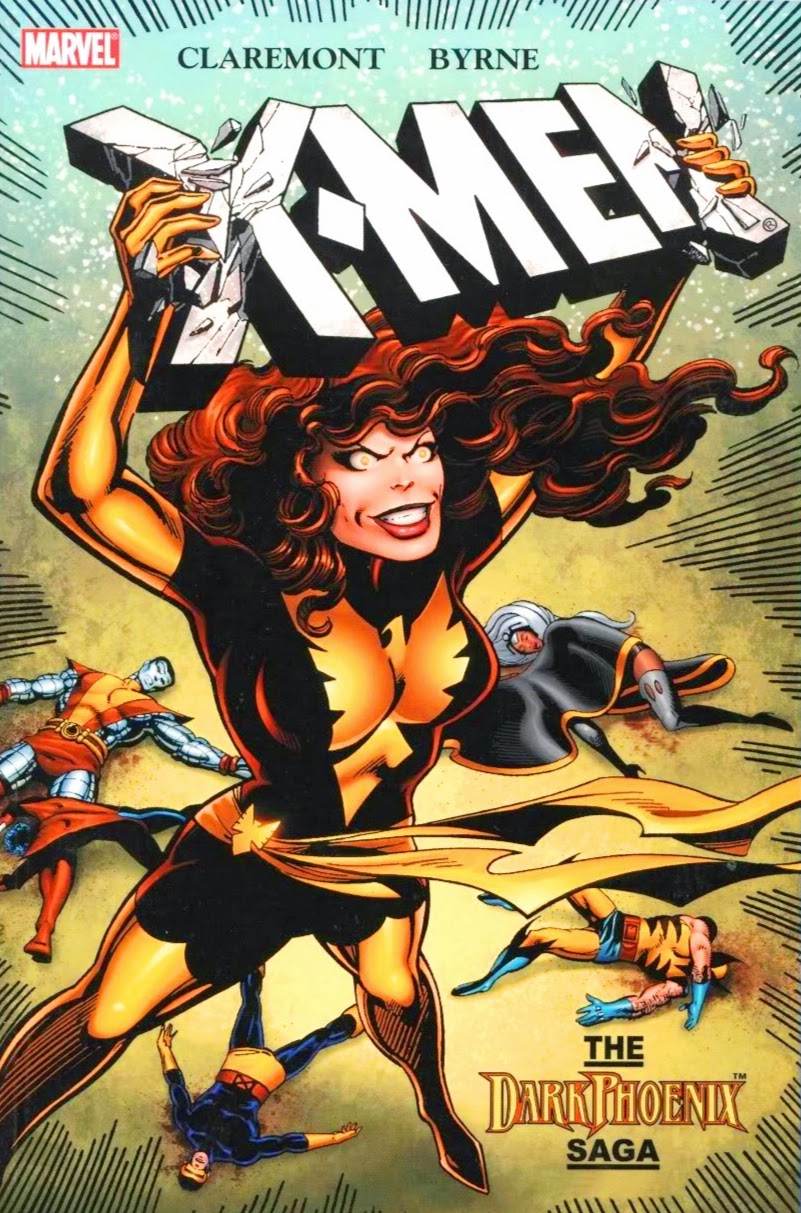 "When the Dark Phoenix rises, suns grow cold and universes die! Gathered by Charles Xavier, the X-Men have dedicated their wondrous abilities to protect mankind — even those who hate and fear them. Now, these incredible individuals embark on an adventure that will span the expanse of the cosmos. One of their own, Jean Grey, has unwittingly attained power beyond conception — and been corrupted, absolutely. The X-Men must decide: Is the life of the woman they cherish worth the existence of an entire universe?"

Bryce's selection for this month's Comic Conspiracy Comic Book Club is X-Men: The Dark Phoenix Saga by Chris Claremont with art from John Byrne. I read this title for the first time a few years ago, and enjoyed it. X-Men: The Dark Phoenix Saga is one of those good reads that transcend the years. It is one of the classic X-men stories that you should read, and I think Bryce was spot on in recommending it as a selection for The Comic Conspiracy Book Club.
As usual Bryce had to tack on another title (X-Men of course) as part of his book club selection. His extra credit recommendation this time is  X-Men: Days of Future Past (Amazon | Kindle | Comixology). Despite Bryce's constant push to get people to read X-Men titles, I would have to agree with this added reading. It is another great classic X-Men story that stands the test of time, and since the movie is coming out in May you would be reading the source material, which it never hurts to know. So, unlike last time with Bryce's extra credit reading I will have to say you should pick up a copy of X-Men: Days of Future Past, and you are in luck because they just released a nice new hardcover version of it (Amazon).


We will discuss this title at length on Episode 152 of the Comic Conspiracy, which we will record on March 31, 2014.